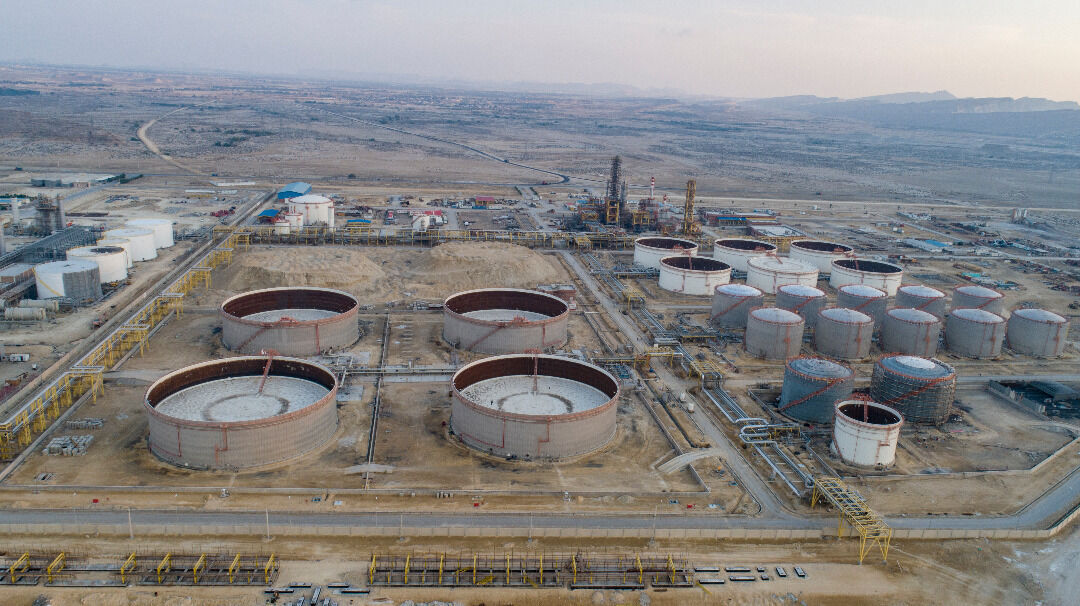 The following is a review of the main achievements of this refinery:

In order to supply part of the country’s energy needs in Hormuzgan and Kerman provinces, and also guarantee optimal production of natural gas for industrial, commercial and domestic purposes in the south and southeast of the country, SGTC was established in 1978 and its activities started in the recovery and refining of natural gas and associated gas liquids in the Sarkhoon gas field in Bandar Abbas and the Gorzin gas field in Qeshm Island. At present, the refinery’s natural gas production capacity stands at 17 mcm/d. Furthermore, it produces 11,000 b/d of gas liquids and 90 tonnes a day of propane and butane.

“SGTC’s major objectives and plans were fully achieved in various domains including sustainable gas production and services,” he said.

According to him, last calendar year, despite all the problems and obstacles caused by sanctions and COVID-19 restrictions, the company was able to hire expert forces to overcome the impediments in various sectors and achieve its goals in enhancing sustainable production and energy supply.

Noting that SGTC has always sought to hire specialized forces and creative and elite youth in its projects, Norouzi said: “In parallel, some very valuable steps have been taken and SGTC has managed to supply gas to households, industries, businesses and other centers in southern Iran despite pressure and tough and sensitive regional conditions and particularly bad weather.”

Due to the downward trend in production from Sarkhoon reservoir, reviewing and updating and studying this reservoir is on the agenda of the South Zagros Oil and Gas Production Company. According to the studies, the fracture in Sarkhoon reservoir is estimated to have occurred in 2019. Based on these results, solutions for sustained production and maintenance of the refinery were on the company’s agenda.

Therefore, according to Norouzi, after calculations and technical and engineering studies, and by obtaining necessary permits, the operational pressure reduction test to 45 Bar was conducted.

“Given the upward trend of reduced production to about 3.5 mcm/d in 2020, the scenario of gas injection into the Sarkhoon-Bandar Abbas power plant line was tested after arrangement by relevant authorities for 72 hours. The obtained scientific and technical results were reviewed and analyzed, and then the solutions and scenarios of injection into the mentioned line and consumption of low-pressure gas of the refinery were finalized,” he said.

With expert work done, the operational test began, which, with the start of this one-month test, gas production increased to 2 mcm/d while other refined products such as NGL and LPG experienced 35% and 38% respectively in output.

According to Norouzi, in parallel with supplying part of the country’s energy needs and natural gas consumption as environmentally friendly energy and suitable for industrial and domestic use in Hormuzgan and Kerman provinces, the Sarkhoon gas refinery, the only gas refinery in the south of the country and Hormuzgan province, is a symbol of excellence and production continuity by National Iranian Gas Company (NIGC).

The refinery has envisaged strategies in the implementation of the desired programs, including the continuation of quantitative and qualitative production and maintaining the reliability and readiness of equipment, development and improvement of HSE management with emphasis on improving the level of the HSE culture.

Norouzi further pointed to the efforts under way for self-sufficiency in the construction of gas turbines and added: “Owing to the company’s experts and with the cooperation of domestic manufacturers, giant projects have for the first time been carried out at the national level and in the construction of equipment for the Sarkhoon & Qeshm gas refinery installations.”

Referring to some initiatives in the construction of gas turbines, he said that with such measures and initiatives, significant saving has been made in the country’s oil and gas industry.

According to him, decommissioning the gas desalination unit and replacing the H2S adsorbent, injecting water with gas into the well formation, reducing the operating pressure of the refinery through natural discharge, and following up on the scenario of using low pressure gas produced by the refinery are among the measures taken in the last seven years.

“Hormuzgan Province Gas Company is updating and optimizing the aforesaid cases while following up on the construction of a pipe to carry gas from Sarkhoon to the Persian Gulf power plant,” he said.

Norouzi said that SGTC had registered the first CDM project of gas industry with the UN to capture and store flare gas.

One of the important measures of the country’s refineries is to carry out overhaul, which would support continuation and development of sustainable production by refineries. Norouzi also announced the increased reliability of the equipment used in different units of Sarkhoon gas refinery facilities for the sustainable production of natural, safe, clean and standard gas as one of the main missions and policies of the company and said: “Overhaul of the refinery has started since the beginning of the current calendar year.”

According to Norouzi, “At the Sarkhoon gas refinery, we are witnessing technical maturity and careful planning of capable and experienced specialists, experts and employees in the overhaul of equipment, as well as in preserving sustained production, and these important activities are done in the shortest period of time and by observing health and safety instructions and rules.”

Compliance with HSE instructions is another measure taken regularly at the Sarkhoon gas refinery, Norouzi said, adding that SGTC had been awarded a no-pollution certificate last calendar year.

Referring to the environmental measures taken so far, he added: “15% of the total credit approved by SGTC in 2020 has been allocated to environmental activities.”