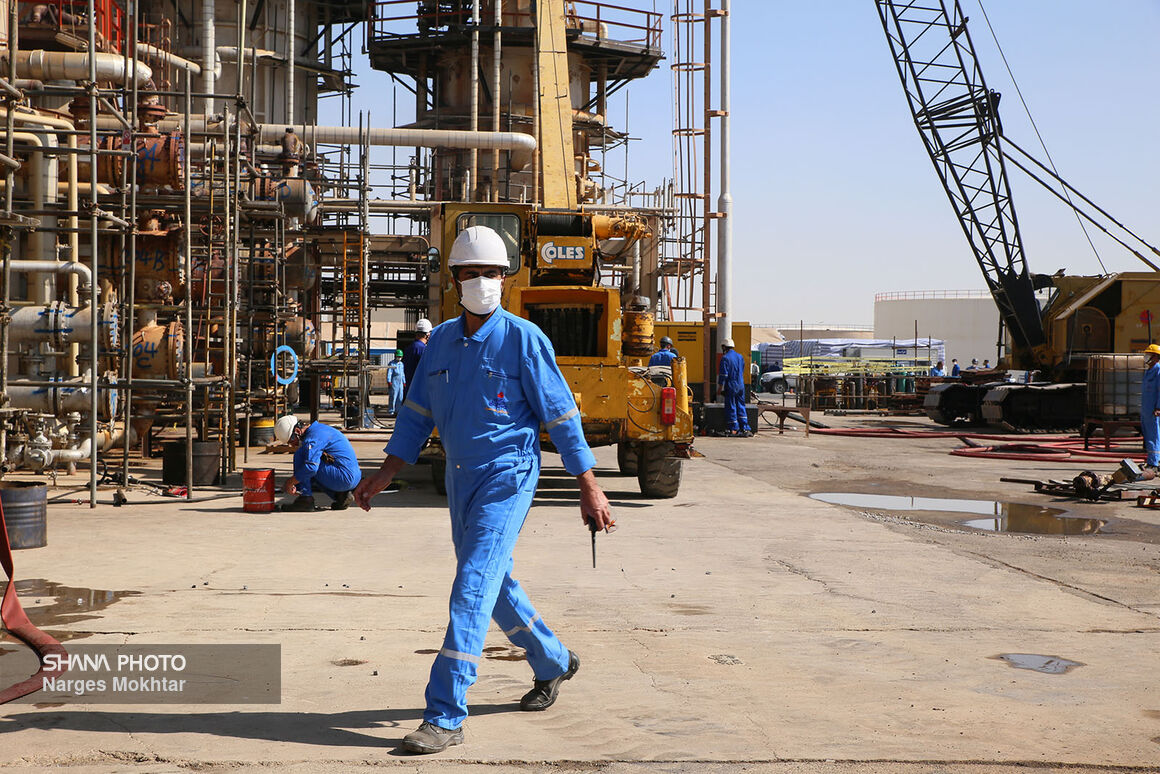 A 1.5-fold increase in Iran’s refining capacity would require the quantitative and qualitative development of the treatment facilities, which would need investment. Owji said potential investors would be supported by the government.

Furthermore, a plan for boosting the production capacity of existing refineries and building new capacities would be assessed.

One may ask how the refining capacity might be increased while Iran is faced with sanctions, and attracting investment and applying new technologies would be difficult.

Owji said the Petroleum Ministry would be planning to create new refining capacity through building petro-refineries.

According to him, investors have been chosen for building and expanding refining capacity while timeframe has been set for the agreements signed with the Petroleum Ministry for the quantitative and qualitative development of the refineries. Regarding new refineries, the government would consider feedstock grace period for investors.

Current refinery construction projects include the 150,000b/d Anahita refinery, 120,000b/d Mehr Khaleej Fars, 300,000b/d Jask, 480,000 b/d Siraf, 120,000b/d Phase 4 of Persian Gulf Star and several projects in Qeshm Island with a total capacity of 150,000b/d. These refinery projects were not quick enough due to sanctions imposed on Iran. Now, the Petroleum Ministry hopes to accelerate them with a view to enhancing the country’s refining capacity.

Owji said enough investment had not been in the refining and petro-refining sector and production and consumption figures are very close. “There is also concern that travels would increase in the post-COVID era; therefore, this issue is now among the priorities and plans of the Petroleum Ministry.”

“It is possible to increase the current capacity of refineries both quantitatively and qualitatively by improving processing. The refineries are quite lucrative,” he said.

Owji touched on petro-refinery construction for fuel supply and petrochemical feedstock production, saying: “Today the world is not for oil refinery construction; rather, investment is made in petro-refineries that would not be only fuel-oriented. Rather, it would produce fuel as well as feedstock for petrochemical plants. That is also a priority of the Petroleum Ministry to put an end to raw materials’ sales.”

Another important issue highlighted by the Minister was to improve the quality of petroleum products, particularly gasoline and gasoil. “Over two to three years, we will reduce the sulfur content of fuel oil in most refineries, particularly in Abadan oil refinery.”

The gasoil currently delivered to power plants is Euro-4 grade, while in some cases it is Euro-5 grade. Owji has said that most power plants were planned to use clean gasoil for power plants.

Increasing Iran’s share of gas trade is another issue that the Petroleum Ministry in the 13th administration pays special attention to, although over recent years with the commissioning of phases of the South Pars gas field, Iran’s gas production capacity from this joint field has exceeded 700 mcm/d. On the other hand, due to the increase in domestic gas consumption rate, Iran has not been able to make good use of its gas export capacity and has not been successful in increasing its share of world gas trade. Owji has said that the Petroleum Ministry intends to increase Iran’s current 2% share of the gas trade, so it has put gas diplomacy with neighboring countries on the agenda to increase gas exports and trade, and is in talks with the parties. Talks will be held with Turkey, Iraq and other neighboring countries to increase exports and trade.

He also said that in the current calendar year, considering that Iran will not see its natural gas production increase and domestic, industrial and power plant consumption will increase by 10% year-on-year, a shortfall of 200mcm/d is predicted. He said power plants would be provided with liquid fuel to avoid any gas halt, particularly in the home sector.

“Last [calendar] year, in the cold season, there was a gas shortage of 140 to 150 mcm/d, which was compensated by restricting natural gas delivery to industries and the power plants and replacing it with liquid fuel.”

Regarding the issue of winter fuel supply, he said: “Considering that the current level of liquid fuel storage of our power plants this year is 30% lower than the same period last year, we will do our best to transfer diesel and fuel oil by road tankers and rail transportation system.”

He also referred to the issue of gas supply to some cities of Sistan and Baluchestan province, saying: “Following the meeting that the President had in Sistan and Baluchestan, he promised to discuss gas supply to the cities of Khash, Mirjaveh and Zabol. We also promise that these cities would be connected to the national gas grid by the end of the current calendar year (20 March 2022).”