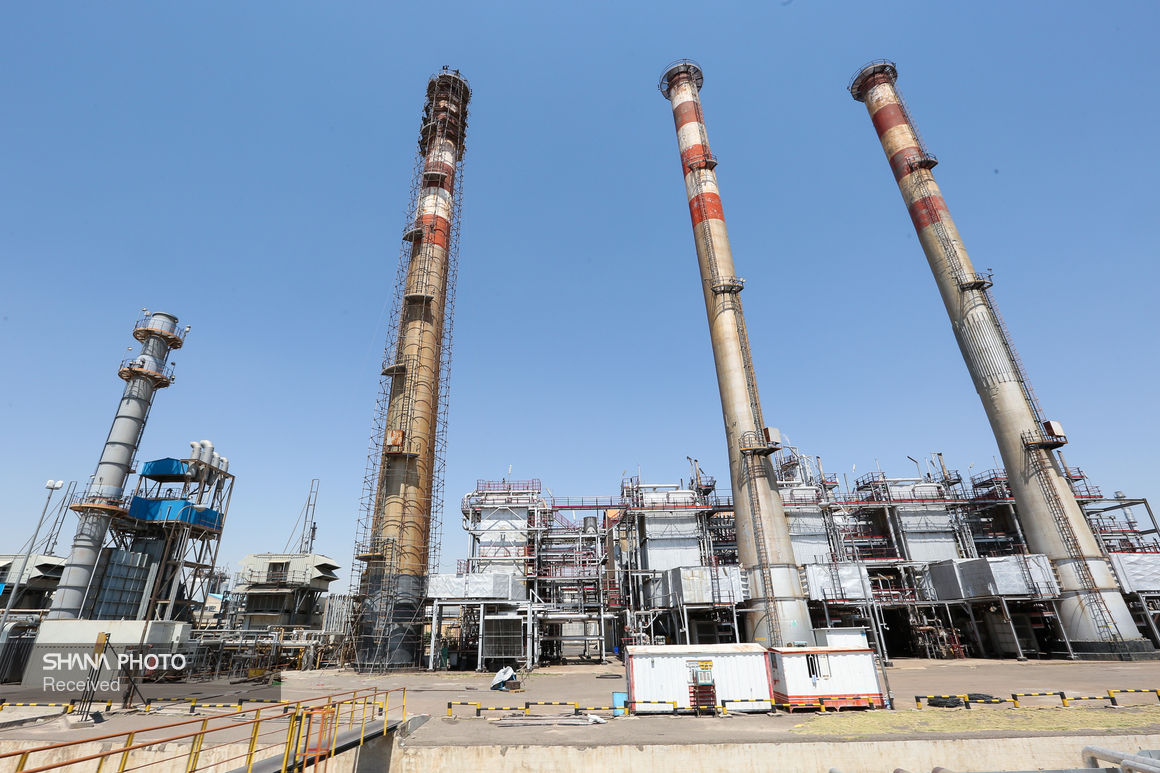 The maximum capacity of refineries’ crude oil and gas condensate treatment is now close to 2.2 mb/d, which would hit 3.4 mb/d to 3.5 mb/d.

The refining capacity would increase when oil fields yield more oil. Currently, Iran’s recoverable oil and recoverable gas stand at 154 billion barrels and 33 tcm, respectively. When the production capacity increases in the upstream sector, the refining capacity will increase in the downstream sector, as well. Meantime, the oil export capacity would increase, and Abadan and Isfahan refinery development projects would go ahead.

By relying on these activities, the refining capacity of the country has increased from 1.8 mb/d to 2.2 mb/d, which has helped bring gasoline and gasoil production rate from respectively 49.9 ml/d and 94 ml/d to 107 ml/d and 113 ml/d. In the meantime, owing to measures taken to improve the quality of refined petroleum products, Iran’s Euro-4 and Euro-5 gasoline production capacity has exceeded 76 ml/d in recent years.

That along with a 2.5-fold increase in recovery rate from the giant South Pars gas field and expansion of gas supply across the country, which has freed up a big volume of liquid products, Iran has brought its petroleum products exports from 5.9 million tonnes to 23 million tonnes.

With a view to paving the ground for the future of the oil refining industry, the Petroleum Ministry reviewed numerous options of fuel consumption in the country and adopted a document based on mathematical calculations. The document, which has been adopted by the High Energy Council, is known as “Document on Energy Supply in Transportation Sector for Horizon 2041 with Emphasis on Efficiency: Efficient Fuel Use”.

According to the document, the minimum sustainable gasoline production capacity envisaged for up to 2041 by upgrading the existing refineries and building new ones has been determined and notified to NIRODC. The idea is to supply domestic demand for petroleum products in the long term, while investment is emphasized for creating extra refining capacity to export various petroleum products.

Salari touched on plans to enhance the refining capacity in the country, saying: “In building new facilities the [production] chain has been factored in and the output would not be limited to refined products.”

He said that it was impossible to convert the entire crude oil produced in the country into petrochemical products, noting that it would require high investment. Therefore, he added, studies are envisaged on building a new plant to yield the highest value-added.

Iran pins hope on private investment to develop its refining industry. In the past some licenses had been issued, which should be now revised and re-evaluated. But the point is that public investment is needed for enhancing the refining capacity in the country. For instance, at the Persian Gulf Star refinery most government resources were fed into this project and only 15% was supplied by the private sector. NIORDC guaranteed the return of this investment, and the project went ahead.

Salari said it was common in the world that licenses were issued based on sovereign policymaking in terms of location, supply and demand and market needs. The infrastructure is then defined, the project is located and environmental licenses are obtained. The feedstock is clear and the investor can proceed.

The growing demand for energy across the globe further pushes the refining industry to the fore.

A global energy crunch is expected to boost oil demand by 500,000 barrels per day (b/d) and could stoke inflation and slow down the world’s recovery from the COVID-19 pandemic, the International Energy Agency (IEA) said.

“Record coal and gas prices, as well as rolling blackouts are prompting the power sector and energy-intensive industries to turn to oil to keep the lights on and operations humming,” the IEA said in its monthly oil report.

“Higher energy prices are also adding to inflationary pressures, along with power outages, could lead to lower industrial activity and a slowdown in the economic recovery.”

As a result, global oil demand next year is now projected to recover to pre-pandemic levels, the Paris-based agency said.

An upsurge in demand in the past quarter led to the biggest draw on oil products stocks in eight years, it said, while storage levels in OECD countries were at their lowest since early 2015.

“Provisional August data already indicates that there is some unseasonably high demand for fuel oil, crude and middle distillates for power plants across a number of countries, including China, Japan and Pakistan in Asia, Germany and France in Europe and Brazil,” the IEA said.

Meanwhile, the IEA estimated that OPEC+ is set to pump 700,000 b/d below the estimated demand for its crude in the fourth quarter of this year, meaning demand will outpace supply at least until the end of 2021.

Spare production capacity from the group is set to shrink rapidly, it warned, from 9 million b/d in the first quarter of this year to only 4 mb/d in the second quarter of 2022.

That output capacity is concentrated in a small handful of Middle East states, it said, and its decline underscores the need to increase investment to meet future demand.

“A surge in spending on clean energy transitions provides the way forward, but this needs to happen quickly, otherwise global energy markets will face a bumpy road ahead,” the report said

Releasing its flagship annual energy outlook ahead of a key climate conference in Britain next month, the IEA said the economic recovery from the pandemic was “unsustainable” and revolved too much on fossil fuels.

Investment in renewable energy needs to triple by the end of the decade if the world hopes to effectively fight climate change, it said.