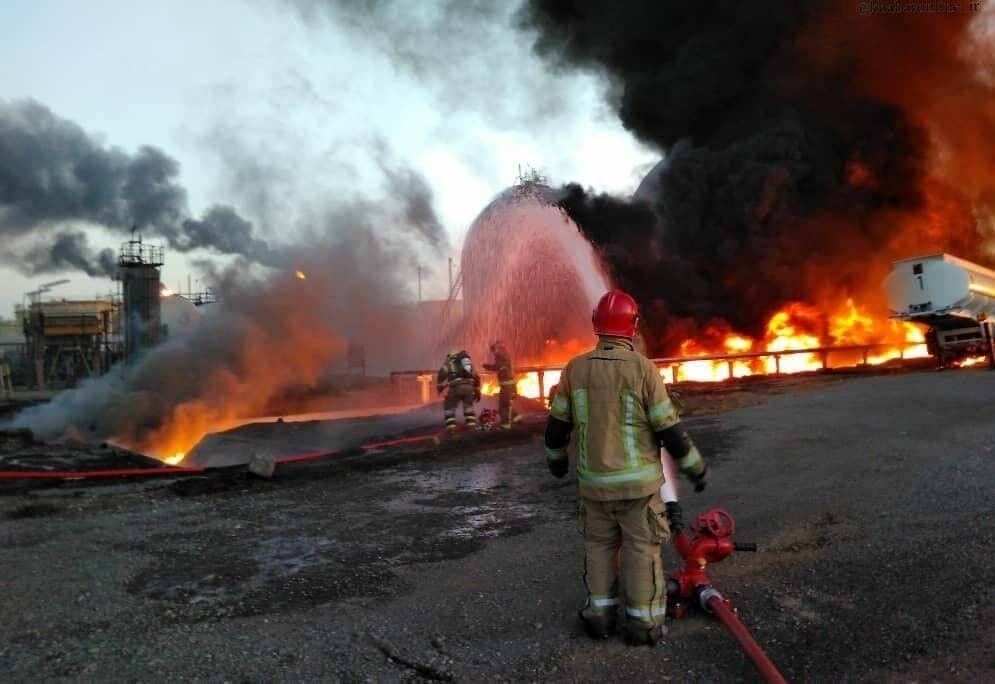 A spokesman for the Tehran Oil Refinery, while rejecting the news published in some media outlets about the death of a refinery employee as a result of a fire accident, emphasized: “This accident occurred only in cold slops tanks.”

In an interview with Shana, Shaker Khafaei also denied the spread of some rumors that the fire had spread to 18 other tanks of the refinery, adding: “The accident occurred due to a leak in the refinery’s cold slops tanks with a capacity of 20,000 barrels. Other tanks and other parts of the refinery have not been affected by the fire.”

He stressed: “Currently, a group consisting of the Tehran Fire Department, the Crisis Headquarters and officials of the refining and provincial industries are stationed at the Tehran Oil Refinery, and the firefighting operations team is controlling the fire and preventing it from spreading to other places.”

The spokesman for the Tehran Oil Refinery also stressed: “It is necessary for news agencies to publish accurate news and to refrain from transmitting incorrect and speculative information about the dimensions and details of this incident.”

Additional updates about this incident will be reported soon.